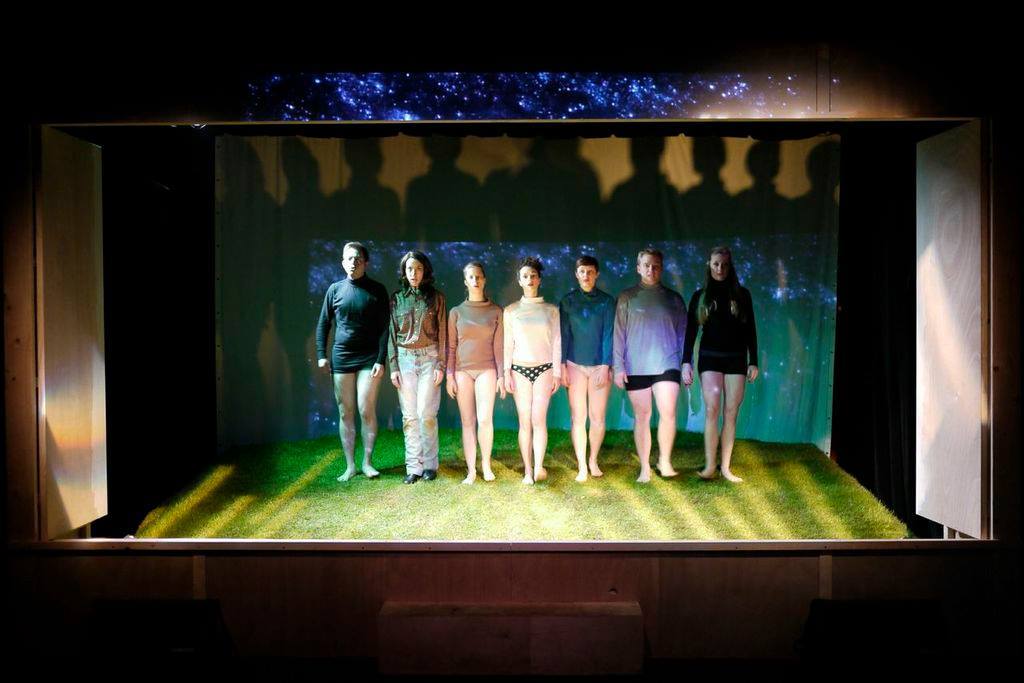 “NIGHTMARES is chaotic, anarchic, and fully demanding of its audience’s engagement. It is also enormously fun, and funny; with a serious—profound, even—sense of purpose and vision that creeps up on you slowly and then jolts you to attention with its sudden immediacy and clarity.” – Martin Denton, nytheatre.com

“NIGHTMARES will wake you up.” – Tabitha Vidaurri, Brooklyn Exposed

“Every time we are introduced to a place or character it seems to change or disappear and, like peek-a-boo, reappear. Or. Not. … The cascade of lazzis eludes whatever narrative impulses we still have, leaving us in a dream-like free fall. ” Max Cramer, Culturebot

“It’s one of the most successful ensemble theatre pieces I’ve seen in a while, one that is completely accessible without talking down to its audience or becoming completely isolating. It is a true theatrical conversation about art; witty, humorous and startling in its honesty.” – Gina Femia, New York Theater Review

“More than just a one-night stand, Nightmares proves to be an enjoyable and lasting cure for academic ennui. The choreography is incredibly animated, spilling past the stage without diluting into its audience. Like a good lover, Nightmares brings you along for the good time but maintains its boundaries, leaving a few frontiers yet unexplored. Pushing the audience to lift the veil of dogma, it presents the world just a little anew, ripe for examination.” – Cheryl Castjohn, NOLA Defender